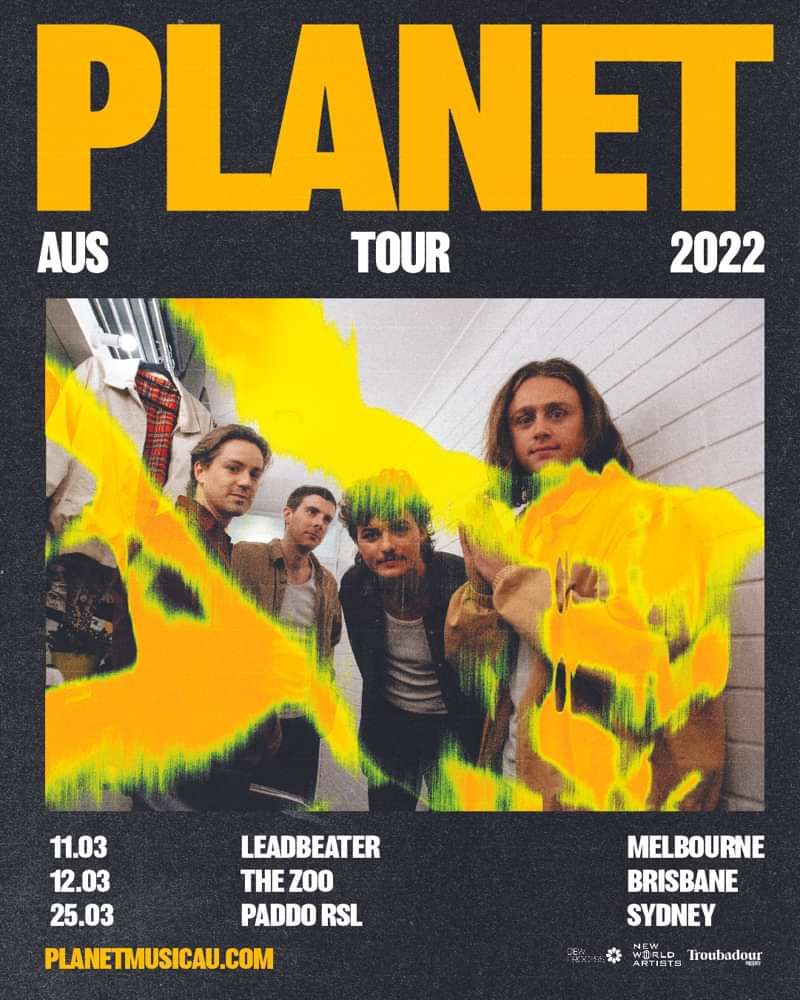 Sydney alt-rock group PLANET are hitting the major cities of the Australian East Coast in March 2022 before the release of their highly anticipated Debut LP 'Information Overload'. After a year riddled with lockdowns and postponements, they're back with their biggest live shows to date including the new album tracks and back catalog classics. Catch them in Brisbane, Melbourne & Sydney before they head abroad for 6 months in support of the album.

'Information Overload' out 11 March 2022 Pre-order the album from planetmusicau.com

By signing up you agree to receive news and offers from Jungle Merchandise. You can unsubscribe at any time. For more details see the privacy policy.